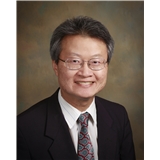 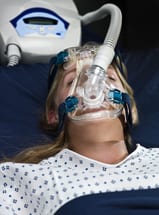 Sleep apnea is a common sleep disorder that involves repeated breathing interruptions during sleep. These interruptions may occur hundred of times each night, and may be the result of structural abnormalities or brain malfunctions. During normal breathing, air passes through the nose, past the flexible structures in the back of the throat, including the soft palate, uvula and tongue. When a person is awake, the muscles hold this airway open. When they are asleep, these muscles relax and the airway usually stays open. Sleep apnea occurs when the upper airway and airflow are blocked, causing the oxygen levels to drop in both in the brain and the blood, resulting in shallow breathing or breathing pauses during sleep.

Sleep apnea occurs as a result of a partial or fully blocked airway passage in the throat. Certain factors may put certain people at risk for developing sleep apnea, which include:

Obstructive sleep apnea (OSA) is the most common form of sleep apnea. It occurs when the soft tissue at the back of the throat closes, blocking or obstructing the airway.

Mixed sleep apnea combines aspects of the obstructive and central types of apnea. A common warning sign of mixed sleep apnea is snoring, especially interspersed with gasps or lack of breathing.

Patients with sleep apnea may wake up with a headache in the morning and experience excessive daytime sleepiness. Additional symptoms may include:

Individuals with sleep apnea may experience shortness of breath that awakens them from sleep.

Sleep apnea is diagnosed through a physical examination and a review of symptoms. Individuals may be referred to a sleep specialist who performs various diagnostic tests to confirm a diagnosis of sleep apnea or another sleep disorder. Some evaluations often involve overnight monitoring of breathing and other body functions during sleep. Additional diagnostic tests may include home sleep tests and a nocturnal polysomnography, which monitors heart and lung function, brain activity, breathing patterns, and blood oxygen levels during sleep.

Sleep apnea may be treated with lifestyle changes such as losing weight, cutting down on alcohol consumption and quitting smoking. Nasal training devices are also commonly used to treat sleep apnea. Other treatment for sleep apnea may include continuous positive airway pressure, or CPAP, which involves the patient wearing a pressurized mask over their nose while they sleep. The mask pumps air through the airway to keep it open.

If conservative treatment is unsuccessful in treating sleep apnea, there are other options available. Individuals who suffer from severe cases of sleep apnea that may lead to serious medical conditions, may benefit from surgery. The goal of most surgical procedures is to remove the excess tissue from the nose or throat and open upper air passages to facilitate breathing.

Custom made oral appliances may also be used to treat sleep apnea. Some devices are designed to open the throat by bringing the jaw forward, which can help to relieve snoring and mild obstructive sleep apnea.